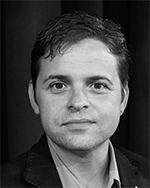 Mr. Tomás is a Cuban born charismatic individual who came to the USA at an early age of 12. He resided in the New York City area and concentrated his High School studies in Languages, Music and Theatre. He continue his higher level education at New York University and Fordham University's Liberal Arts College at Lincoln Center. Mr. Tomás embarked a performing career when he moved to Nashville to work at Opryland USA and a few years later met Louise Mandrell where he would spend most of his performing career of 30 years. During this period, he also performed in many other theatre genres as Television, Commercials and Live Theatrical Productions. Mr. Tomás is now a Lecturer of Spanish for the Dept. of Modern Foreign Languages and Literatues at the University of TN and teaches. He has a Bachelor's Degree in Theatre and Spanish Literature and a Master's Degree in Hispanic-American Literature also from the University of TN. Mr. Tomás is also an active Board of Directors member at the Knoxville HoLa Hora Latina Organization, a Latino local organization which promotes culture and art and builds bridges between Latinos and the community at large through education.