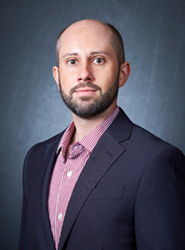 Robert Sauveur is a native of the central Texas Hill Country. He attended the University of Texas at Austin, earning B.A., M.A., and Ph.D. degrees in Hispanic Linguistics and training in foreign language pedagogy. He started his professional career as an educator on faculty at Winona State University in Winona, Minnesota, teaching Spanish language at all levels, Spanish linguistics, and Spanish for healthcare professions. In Winona, Dr. Sauveur also discovered a passion for advocating for and facilitating study abroad for students. In order to provide that opportunity for students that would not otherwise go abroad, he designed and twice led a faculty-led program to Costa Rica. At the University of Tennessee, Knoxville, Dr. Sauveur is a Lecturer of Spanish, teaching primarily at the elementary and intermediate levels. In the classroom, he applies his background in second language acquisition to foster an environment in which students learn to use Spanish, rather than just learning about Spanish.

The broad scope of Dr. Sauveur’s research examines the development of functional comprehension and production in Spanish as a second language (L2). Previously, his doctoral thesis analyzed the longitudinal development of comprehension of Spanish L2 requests in a laboratory setting. An additional project utilized eye-tracking to examine the online processing of grammatical gender and lexicon. His current agenda looks at face-to-face interaction in order to examine changing patterns of co-adaptation in conversational stability in casual conversations between L1 English | L2 Spanish and L1 Spanish | L2 English speakers during language exchanges abroad.