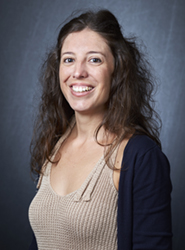 She has been a Visiting Assistant Professor of Spanish at the University of Mississippi (2015-2018), and a Teaching Associate of Spanish at Brown University (2012-2013). She also works as a freelance teacher trainer giving talks and courses for Spanish language teachers on pedagogical techniques for the classroom. She promotes creative educational initiatives such as the Hispanic Film Festival at the University of Tennessee, and the making and editing of documentary films with students. She also directed a campus-wide theatre production of four plays in Spanish at the University of Mississippi (2017). She is an Associate Researcher at the Lindisfarne Research Group (University of Almería, Spain), her publications focus on Second Language Acquisition, and both Hispanic and English Literature and Cultural Studies.