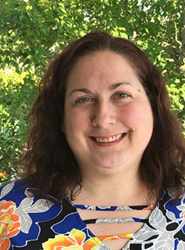 Jill’s interest in Spanish began at summer camp when she was twelve. She became good friends with several girls from Puerto Rico and stayed in touch with them for years. During the summer, when Jill was in high school, she lived in Quito, Ecuador with a local family and took Spanish classes for college credit. She did this as an American Field Service Exchange student. After college, Jill returned to Ecuador to visit her host family for the holidays and then lived with a friend’s family in Santiago de Chile for 3 months.

Jill is in her tenth year as a Spanish Lecturer in the Modern Foreign Language Department at UTK. She teaches 1st and 2nd year Spanish.

For the summer of 2018, Jill designed and taught the first ever online Spanish 112 course for MFLL.