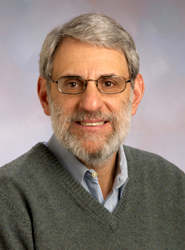 MICHAEL HANDELSMAN is a graduate of Gettysburg College (B.A. in Spanish) and the University of Florida (M.A. and Ph.D. in Romance Languages; Ph.D. Certificate in Latin American Studies), and he has been on the University of Tennessee faculty since 1976. Handelsman's principal teaching and research interests are Latin American narrative, Ecuadorian literature and culture, concepts of national identity, women writers, literary journals, Afro Hispanic literature, globalization, and decolonization.  In addition to having received an Organization of American States research grant and six Fulbright fellowships, he has been a Distinguished Professor in the Humanities since 1987. Professor Handelsman has been named a Lindsay Young Scholar (1983), and was awarded the 2004 Alexander Prize for teaching and scholarship and the 2005 and 2011 Chancellor's Excellence in Teaching Awards. In 2008, he received the Jefferson Prize in recognition of exceptional contributions to research, teaching, and service.  In 2014, Handelsman received the Chancellor's "Ready for the World" Citation for his many contributions to fostering  a campus culture of global awareness and engagement.  Additionally, in 2010 the Tennessee Foreign Language Teacher Association recognized Handelsman with the Jacqueline Elliott Award for outstanding service to the profession at the post-secondary level.

In October 2005, the Distrito Metropolitano of Quito, Ecuador awarded Handelsman a Medalla de Honor in recognition of his being the foreign scholar who has done the most to study and disseminate Ecuadorian literature and culture abroad. During the same ceremony, the Universidad Andina Simón Bolívar designated Handelsman as an Honorary Professor of that institution. His book, Leyendo la globalización desde la mitad del mundo: identidad y resistencias en el Ecuador received the "Isabel Tobar Guarderas Award" for outstanding book published in the social sciences in Ecuador in 2005, and the A.B. Thomas Book Award from the Southeastern Council of Latin American Studies (2006).  In 2012, Ecuador's Academia de la Lengua named Handelsman a Corresponding Member of its chapter of the Real Academia de la Lengua, the second oldest in Latin America.

Professor Handelsman has been a visiting graduate professor at the University of Kentucky, the Universidad Católica Santiago de Guayaquil, and the Universidad Andina Simón Bolívar in Quito. He is the co-founder and past President of the Asociación de Ecuatorianistas (Estudios de Literatura, Lengua y Cultura), a previous member of the Executive Committee of LASA's Ecuadorian Section, and past President of the South Eastern Council on Latin American Studies. Currently, he is Director of the Global Studies interdisciplinary program at the University of Tennessee and Senior Faculty Director of the Office of National Scholarships and Fellowships. Handelsman also directs a service-learning project in which students with advanced proficiency in Spanish work with local Hispanic children and their families in the Knox County community.